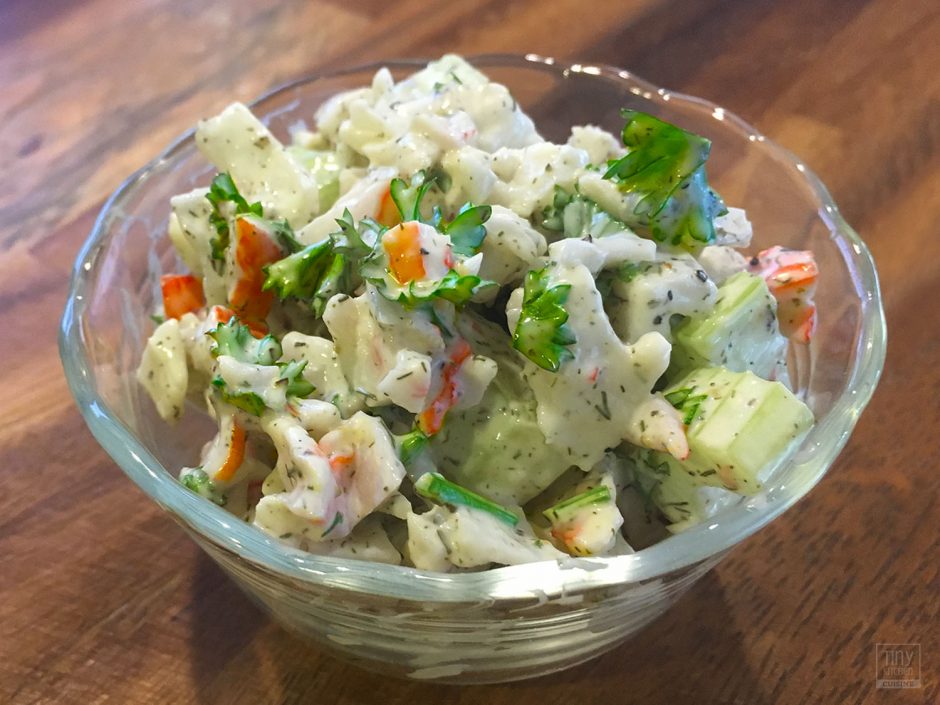 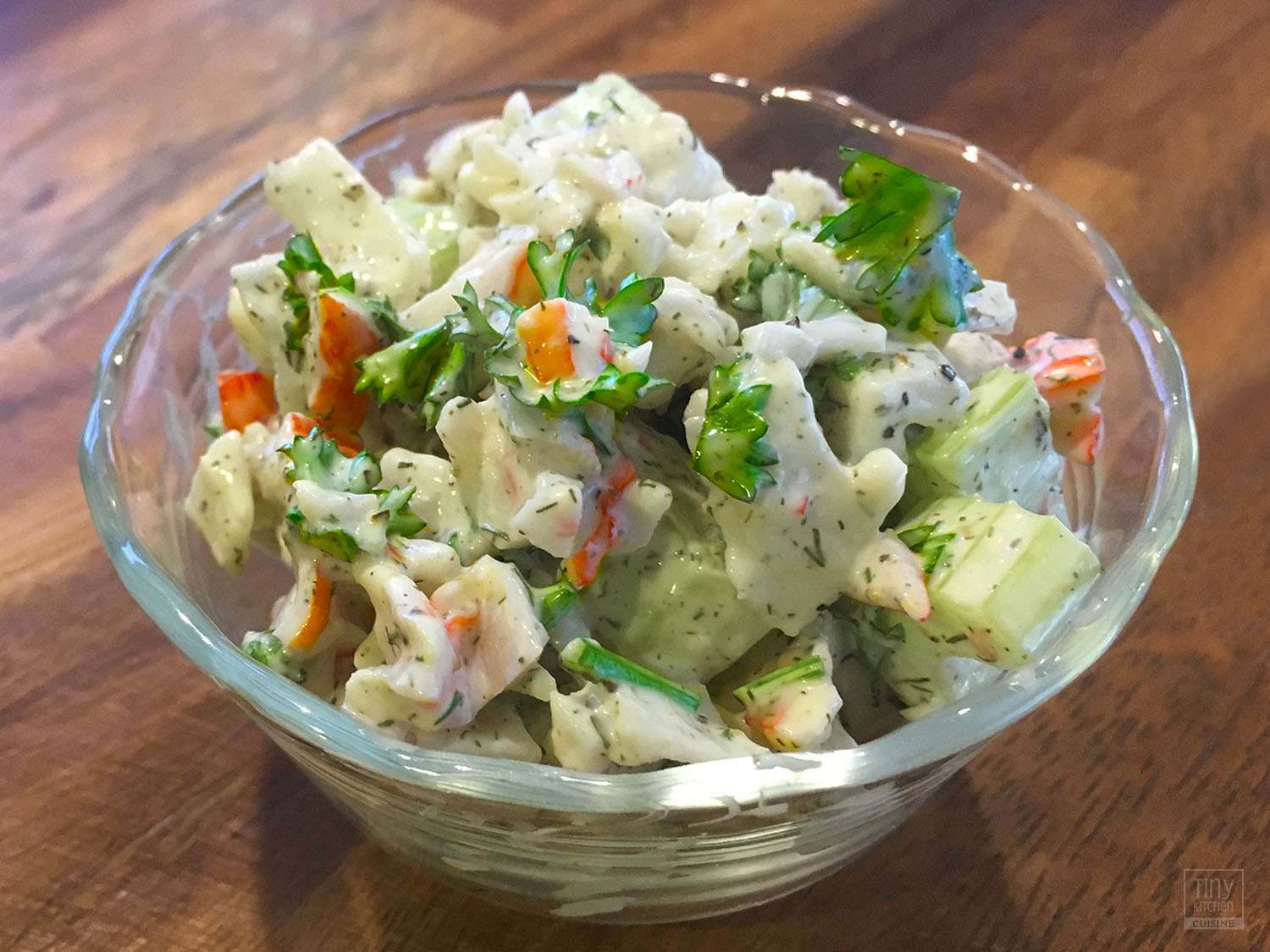 Commonly found in neighborhood delis or the grocery store, Imitation Crab Salad has a tasty seafood flavor. It’s fairly low in calories and also packs a nice crunch. There are many cousins of crab salad such as seafood salad or Neptune salad which often also contain shrimp, lobster, or other types of fish. Any of these variations can be made by slightly adapting this basic recipe.

No. It’s not. It’s basically the bologna of seafood. Imitation crab is made with Alaska pollock. The Japanese invented it by grinding up a bunch of seafood, mixing it with egg, and adding some crab-flavor. It’s then coated with a layer of red food coloring to give it the appearance of cooked crab before it’s formed into a sticks. It’s still tasty, cheap, stores well, and has a number of different uses.

If you’re looking for something akin to a New England Lobster Roll (except made with imitation crab), you can use this crab salad recipe to prepare Crab Roll sandwiches. After it is ready, just put the crab salad in a sandwich roll with some lettuce and enjoy. This also goes great as little party appetizers. Just serve a small portion on a cracker. 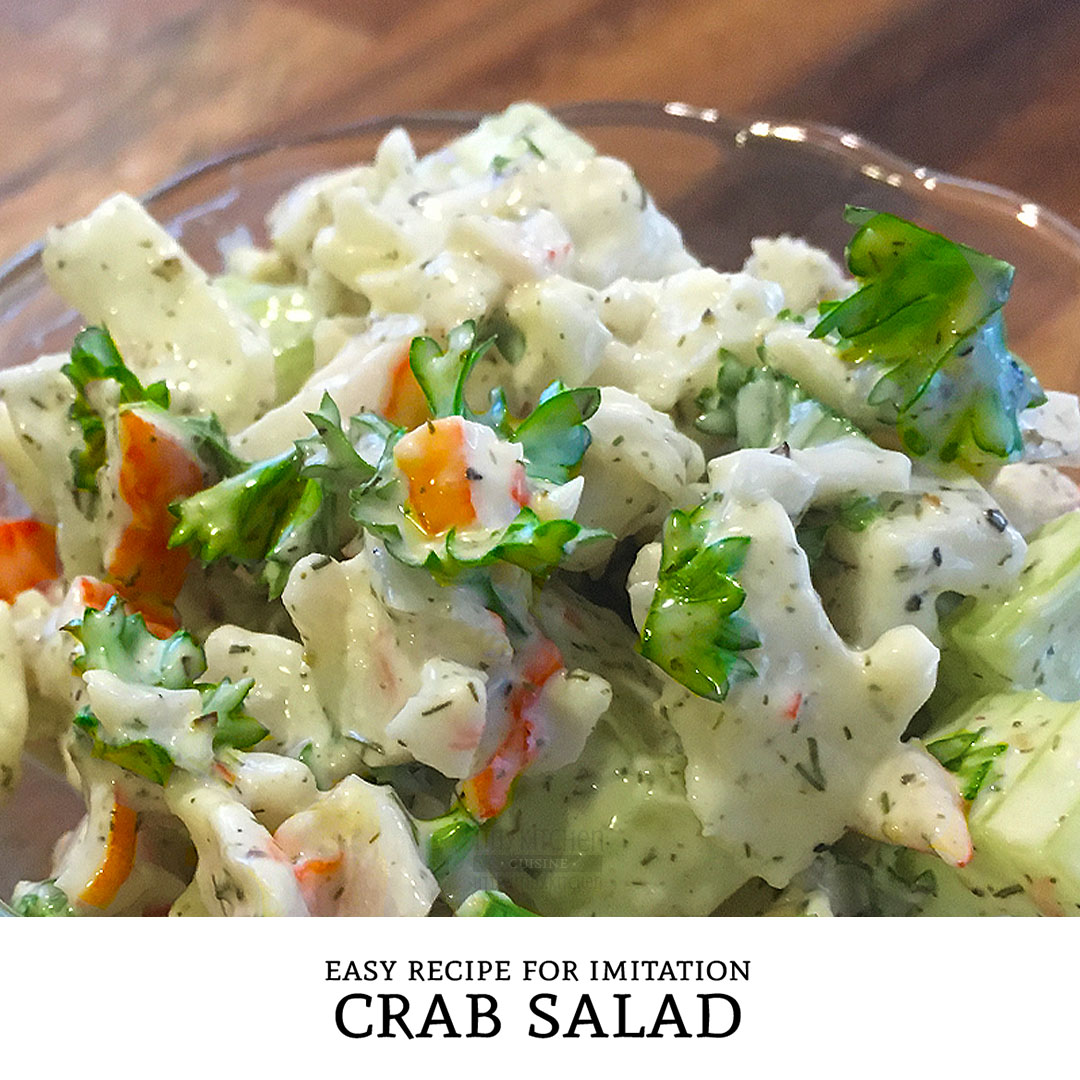 In my opinion, the hardest thing about this recipe is waiting to eat it. I almost never make it more than 45 minutes before I start snacking. If you have the willpower that I obviously lack, the wait is an important step because it allows the flavors for the imitation crab and the herbs to start working into the mayonnaise. It definitely gets even better by the second day.

Clean up doesn’t get much easier. Preparation dishes include a cutting board, knife, mixing bowl, and spoon. It’s really a dream to make in a tiny kitchen since it requires so little effort. This recipe for imitation crab salad will store in your fridge in an airtight container for up to 3 days. I don’t recommend freezing it though because the texture of imitation crab tends to get a little grainy after it has been frozen.