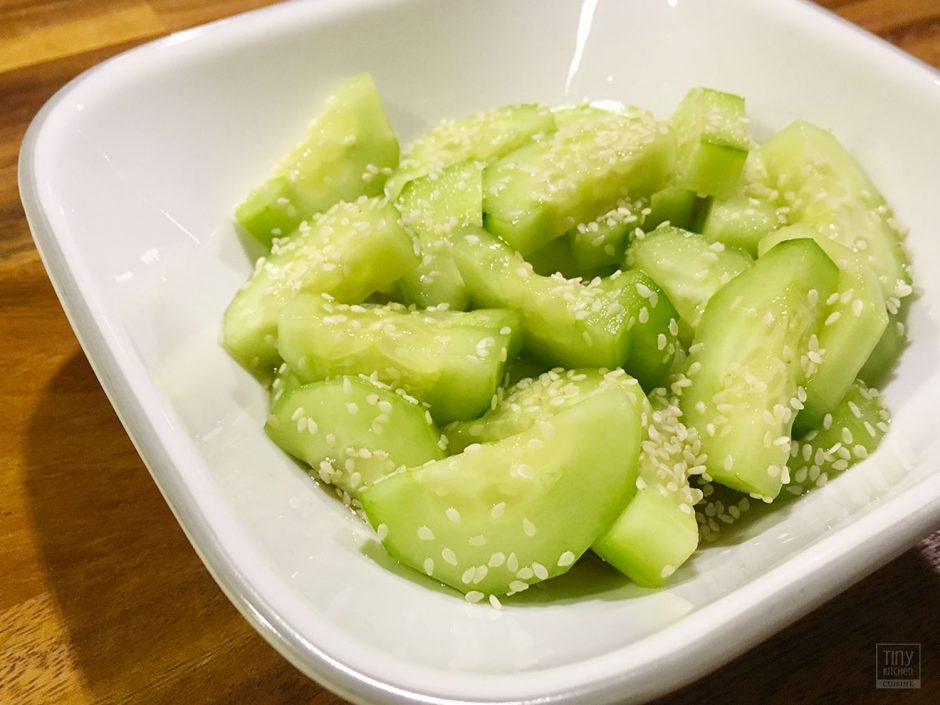 Sunomono is a quick and easy Japanese cucumber salad. There are many varieties of sunomono in Japanese cuisine, but I like this particular version because of its simplicity. This slightly sweet and tangy dish can go alongside nearly any Asian meal without overpowering its culinary mate. It’s light, refreshing, and 100% vegetarian.

Feeling experimental? You can make a ton of different variations of this recipe. You can make this recipe more traditional by adding some rehydrated dried seaweed (wakame). If you want to make a larger meal out of this appetizer, you can also add some chopped up seafood like shrimp, imitation crab, or octopus.

If you’ve ever tried to make Asian cuisine in your tiny kitchen, you’ve probably already learned that some recipes take a really long time to prepare. The good news is that when you’re just trying to fill out a meal, Sunomono literally takes 5 minutes to make. I also love this side dish because it’s basically just a sliced cucumber and a bunch of condiments. Couldn’t be easier!

Preparing Sunomono In A Tiny Kitchen

This recipe takes about 10 minutes to prepare. Ideally, you want to wait at least an hour after preparation before you eat it. In this tiny kitchen, however, that almost never happens! From my own experience, even if you don’t wait, it’s still really tasty. When you let it rest for that extra hour, the flavors become bolder and stronger as the cucumbers begin to pickle in the vinegar.

This sunomono recipe is perfect to prepare in a small space and doesn’t require much in the way of clean up. Preparation uses only a few dishes and doesn’t require any cooking. You can prepare it in advance and keep it in the refrigerator for up to two days. Pop it into an airtight container and you’re set. Now you’ll have a quick side dish any time you want! 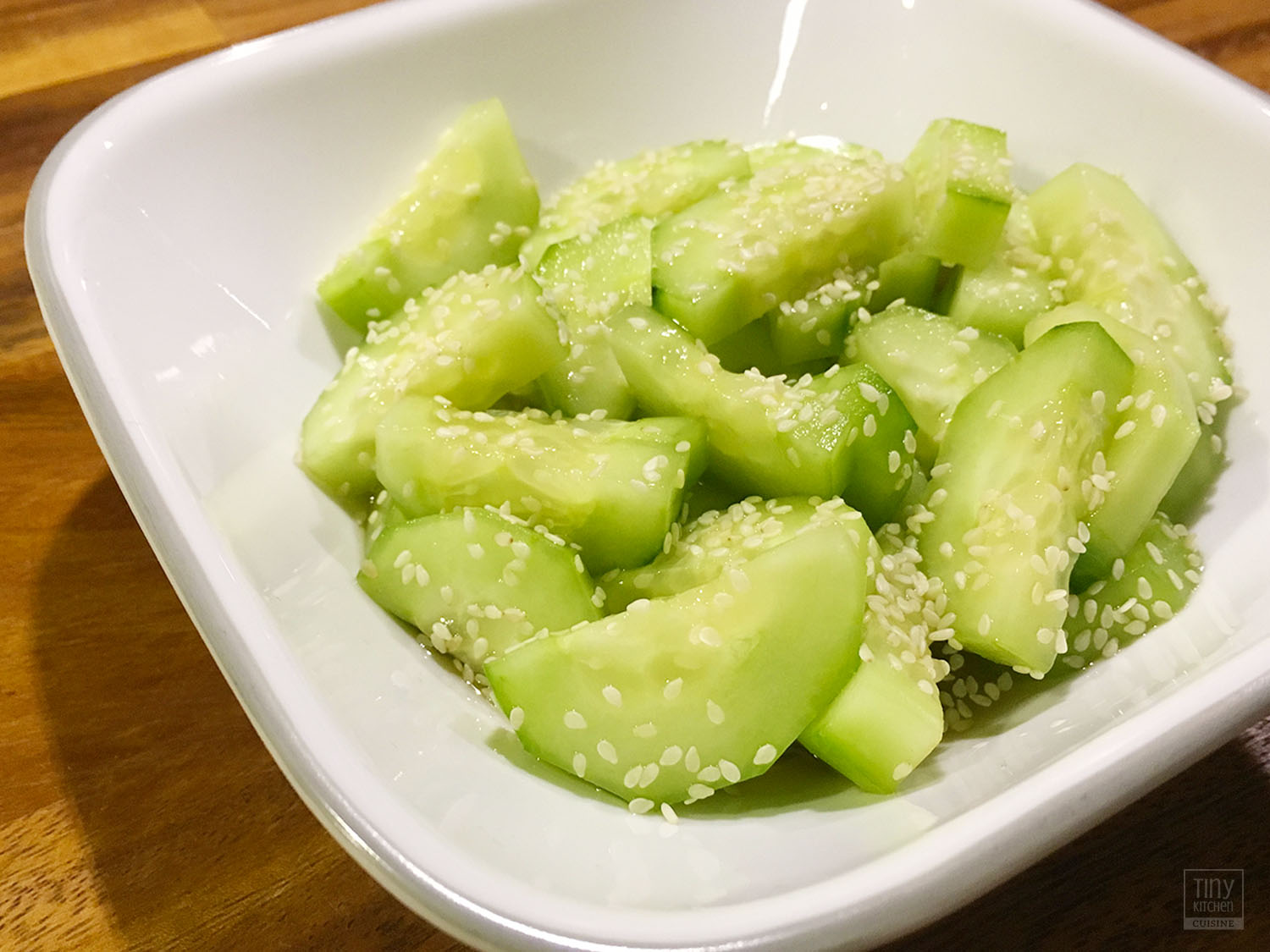 For best results, make this dish one hour before serving. 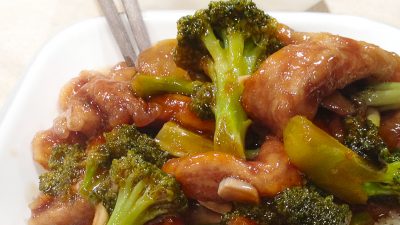 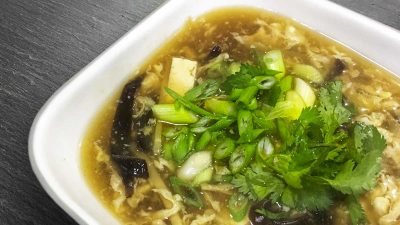 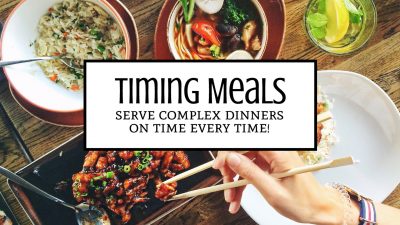 How to Time Cooking Large Meals in Your Tiny Kitchen